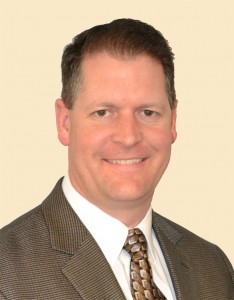 Cleaning Technologies Group announced that Bernard (Barney) A. Bosse Jr. will become Chief Executive Officer effective January 1, 2013.  Barney will be responsible for the overall operation of the Company, including the Ransohoff, Blackstone-NEY Ultrasonics and CTG Asia divisions. Mr. Bosse is currently President of the Ransohoff Division, being named to that position in December 2010.  He joined Ransohoff in 1990 and has held various positions within the Company, most recently Vice President Engineering and National Sales & Marketing Manager.  He holds a BSME and an MBA from the University of Cincinnati. Bosse said, “I am honored and excited to lead Cleaning Technologies Group as we continue our global growth in products and markets.  I am very appreciative of the great people at our company and the passion they show every day for our customers.” Jim McEachen, the current Chief Executive Officer, has announced his retirement at the end of 2012.  He will remain with the Company as a Board Member, and to assist in the transition.  Mr. McEachen turned 65 this year and has been with the company for over 15 years. “I am excited about this change, and confident that now is the time to pass leadership on to the next generation.  Barney is a great leader and has tremendous customer and industry knowledge, which along with a really great team will allow him to guide the Company to more growth and expansion in the coming years”, said  McEachen.