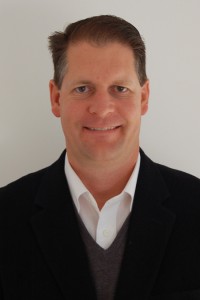 Barney Bosse was named President of Ransohoff effective December 1, 2010.  Mr. Bosse will be responsible for all operations at the Cincinnati, Ohio location.  He will report directly to Jim McEachen, CEO of Cleaning Technologies Group, LLC.   Barney Bosse has over 20 years of experience with Ransohoff.  His career with the company began in the summer of 1990 as a co-op student / employee while attending the University of Cincinnati, College of Engineering.  During Barney’s tenure with Ransohoff he has successfully held a variety of positions with increasing levels of responsibility, most recently Vice President of Engineering.  He has been a key driver in the CTG Asia initiative and serves as the Operations Executive Coordinator for that division.   Jim McEachen said, "It is important to note that in each of Barney’s endeavors he has left a positive mark on the organization.  He is very well respected within the CTG organization and within our industry."  Barney received his Bachelor of Science degree in Mechanical Engineering from The University of Cincinnati in 1993.  Just under four years ago he began the MBA program at The University of Cincinnati, and plans to graduate winter term 2011.   Barney is married with three children.  His wife Karen is a registered nurse at the Cincinnati VA Hospital.  Barney and Karen have three children; Grady – 4 and twins, Kolby and Karlee – 2.  They live in Harrison, Ohio.  Barney’s DOB is January 24, 1970.